From the softest whisper to the full thunder of the French reeds, the Meditation features a theme from César Franck’s (Organist at St. Clotilde) Symphony in D minor.  This masterwork showcases the power and glory of the French Romantic School of organ building led by Aristide Cavaille-Coll.  It was first published in 1916 when James was the organist at St. John’s in New York after studying organ in Paris with Bonnet at St. Eustache.

Composers and songwriters of over 750 contemporary hymns, Keith and Kristyn Getty along with Stuart Townend penned this praise hymn in 2007 and it has quickly become a favorite.  Our Viscount features a synthesizer with over 6000 instrument samples playable from the console.

Sequence:  When In Our Music God Is Glorified

Rev. F. Pratt Green is a modern hymn writer from England who penned this text in 1971.  It is included in over 70 hymnals published since that time and showcases the “meat and potatoes” of the English Romantic organ.

Joel Raney has published over 2000 anthems, cantatas, musical, etc. as well as writing for movies and television.  His style is always accessible as this mash-up will show.  Jesus Loves Me, Jesus Loves The Little Children and his original song We Are All God’s Children reminds us why we do what we do.

With the help of the Roland Integra 7 Synth, the Viscount offers “the other” school of organ building – The Hammond Organ. 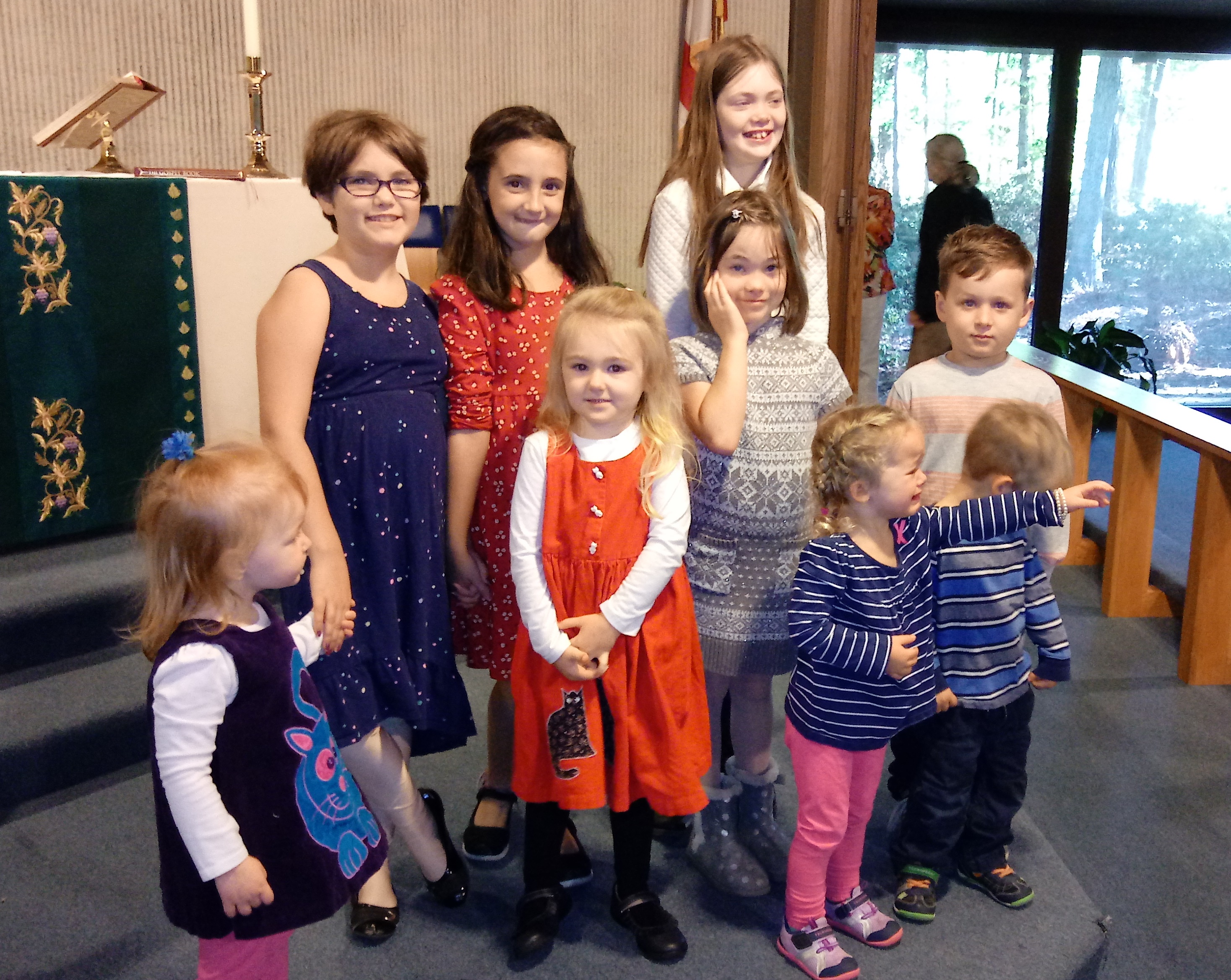 Paul Halley was the Choirmaster at St. John The Devine in New York when he wrote this setting of the Agnus Dei for choir, organ and soprano saxophone.  We are fortunate that our organ dealer plays the sax!

Josh Dove from Whitesel Church Organs joins the choir for this work that is subtitled “Winter’s Dream”. 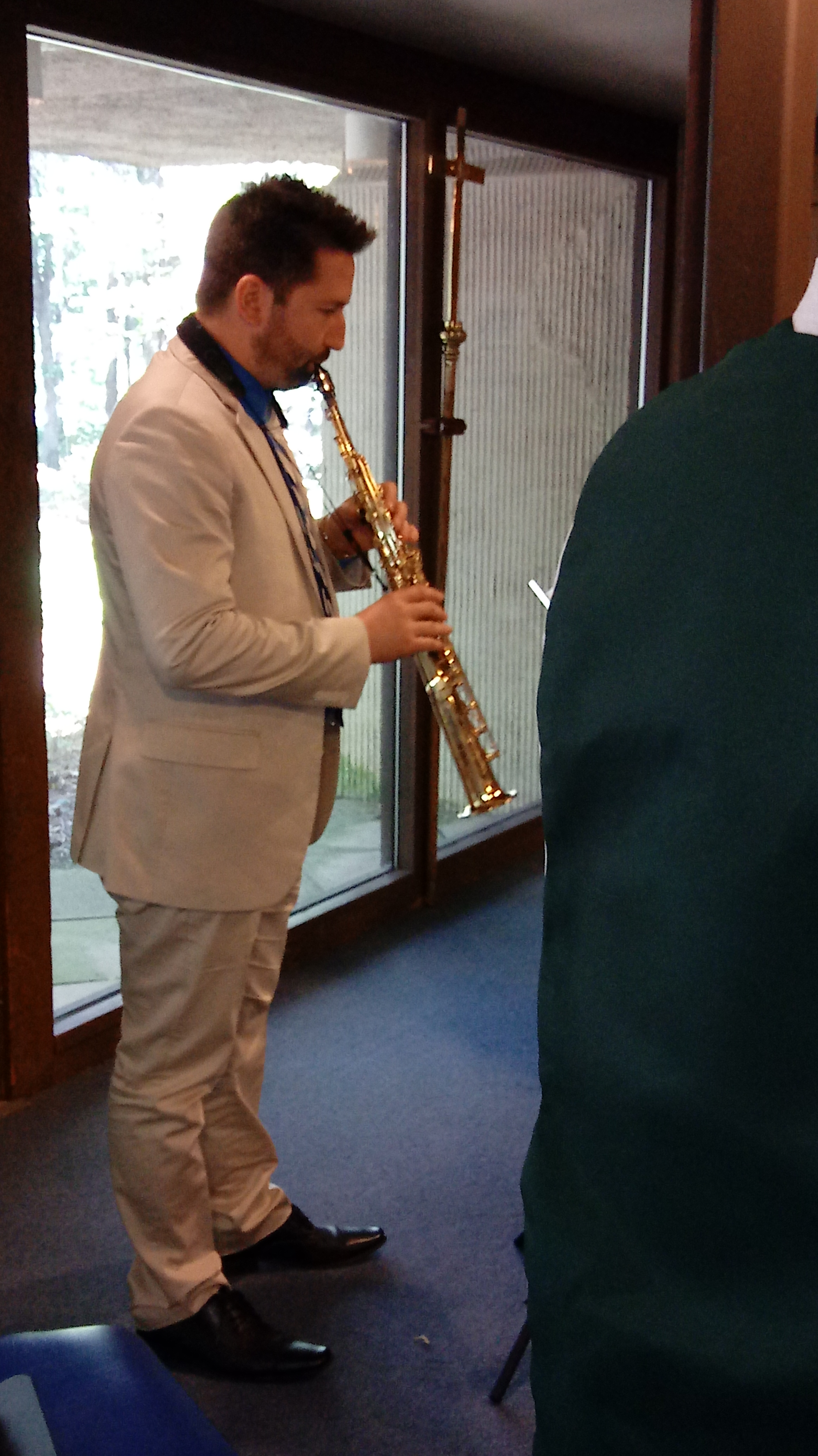 Communion:   Now Thank We All Our God

Martin Rinkart from Saxony Germany wrote this Protestant text in 1636 while pastor of the St. Nicholas Lutheran church J. S. Bach would be called to serve as organist in 1723.  Although it pre-dates the Silbermann organ by 100 years, we sing it today in a more prayerful mode using the tonal resources of that organ.

It was a Presbyterian, Henry Jackson van Dyke, Jr. that we have to thank for writing this well-loved hymn of praise to God for all of his Creation.  The London Philharmonic Society actually commissioned Beethoven’s last Symphony No. 9 in D Minor in 1822 where it was performed in a public music room in London.  The venue did have an English pipe organ – but sadly it was only about 8 stops.

It’s time to pull out all the stops!  Next to the Toccata in D Minor by J. S. Bach, Charles Marie Widor’s Toccata in F Major that concludes his 5th Symphony for Organ is the second most recognized piece in the repertoire.  Widor himself performed it for the first time in 1879 at the Palais Du Trocadero in Paris where Aristide Cavaille-Coll built his first organ in a public music hall and not a church.

This is a rollicking perpetual-motion exercise that modulates through all 12 major scales as it rockets to the final three chord explosion.